Shahi Chicken Keema – is a very delicious and flavorful dish. What is Keema? Minced meat is referred as keema in India. Mostly goats meat is used to make shahi keema however I have used chicken which tastes equally great and yummy. To be honest quite healthy dish, great for kids and can be served as meal or lunch box too. 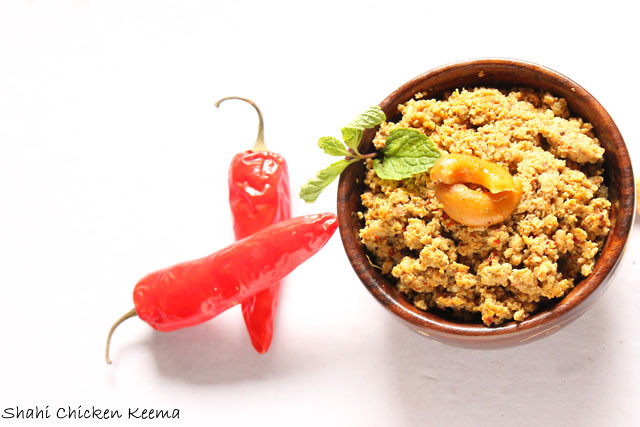 My hubby ate for dinner and next day for lunch too he just loved them so much. I am looking forward to make more of  Shahi Chicken Keema. Nobody eats goats meat in our house hence chicken 🙂 Most probably I will try the same recipe with cottage cheese and tofu for a variation. My vegetarian and vegan readers can try the same recipe with cottage cheese or tofu. I am sure it will taste great with them too. 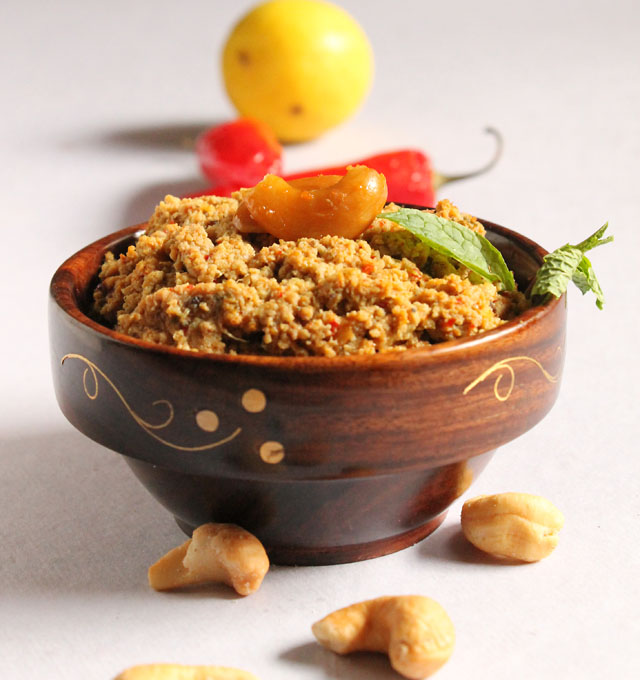 In India you get keema (minced meat) easily available. Sometimes the mince is still chunk sized. In this case you could grind into a processor to make them fine. Keema is quite a popular dish in Mumbai and Hyderabad region. Mostly keema is served with pav (bread) and known as Keema Pav. Some Irani joints in Mumbai serve delicious keema pav and omelettes.

In fact keema is made with lot of variation. The one I have chosen today is shahi which means rich. Shahi Chicken Keema were made for the Mughal emperors in olden days. Lots of cashewnuts, poppy seeds etc are used for making Shahi Chicken Keema.  It’s a long process to make this keema but it’s worth it. Let’s get started in making this.

How to make Shahi Chicken Keema recipe card below: