Simply delicious Vegan Sooji Halwa stepby step recipe, with pineapples and pistachios! Sooji halwa / Sheera/ Ravai / Semolina Pudding is a famous dessert made in India. It’s almost made in all household with different variation. Mostly sooji halwa is made with ghee (clarified butter) and milk. I have made this in a vegan version. Instead of ghee used coconut oil and instead of milk have used almond milk. So this is vegan version of sooji halwa. 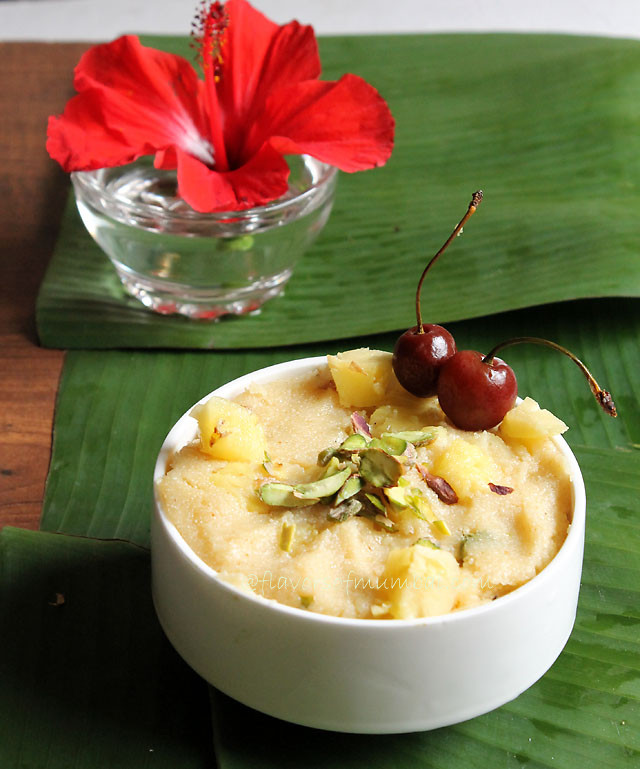 I had lots of almonds back home so I thought of making almond milk. Also incorporated some pineapples and pistachios to the halwa.  Sooji halwa tasted divine and all the mixture of these ingredients took this dessert altogether to a different level. So all lactose intolerant and dairy allergic people could try this. 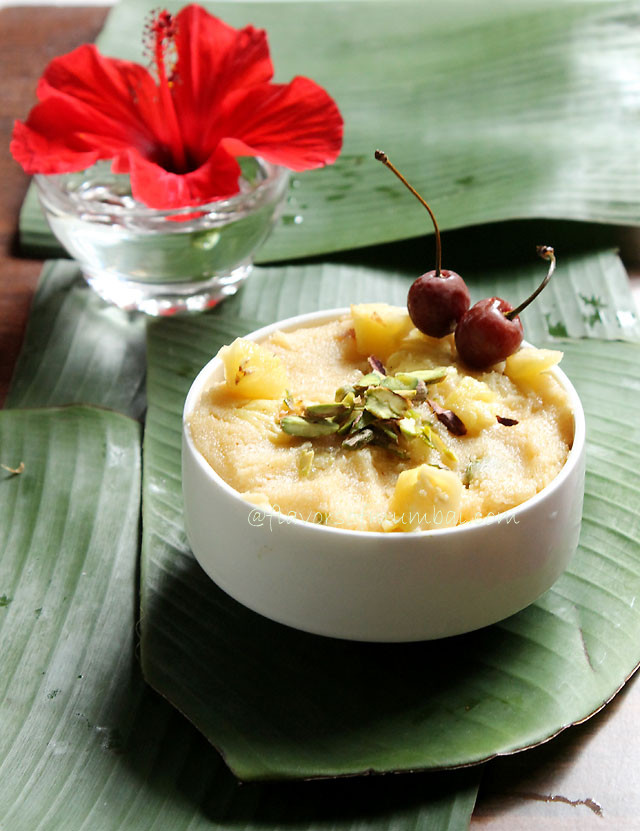 I have been lazy to take step by step pics for this recipe. As it was morning time and was too hungry. I made two bowls and had all by myself don’t know how. May be was …….. really hungry ;)…. Also you could make this dish as offering (prasad) to god, during festive occasion Or for breakfast… 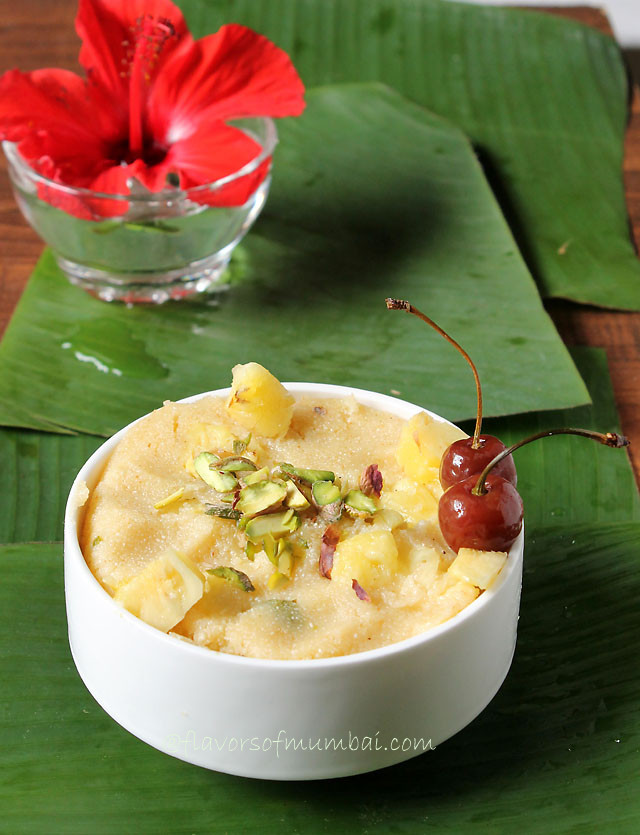 The secret to make sooji halwa is that semolina needs to be roasted before you cook them. This gives a better impact, taste and flavor to your dish. Thought I will give break to cows milk and see for some time how it is? anyways I am not a big fan of cows milk. I love more of almond milk …. 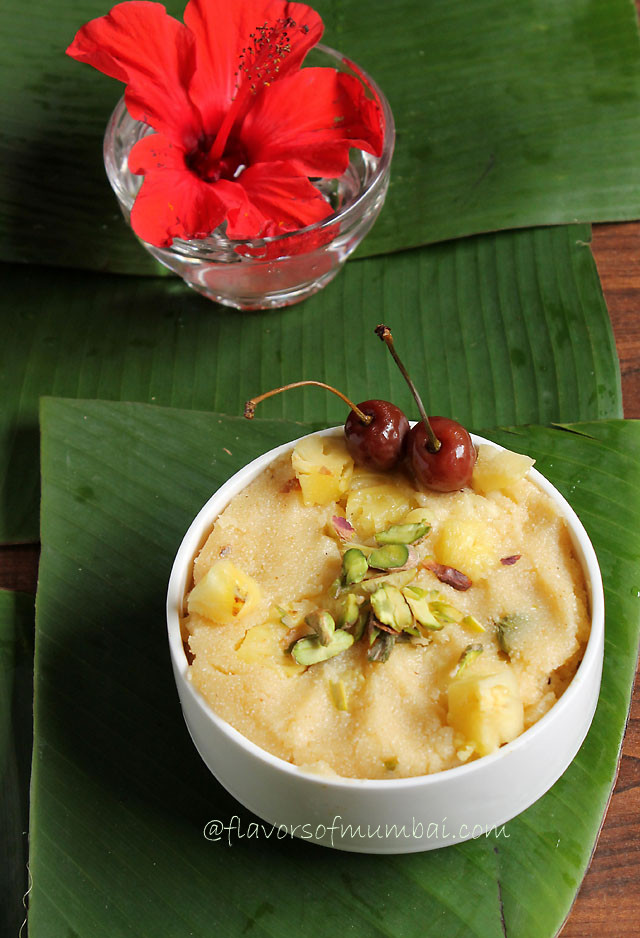