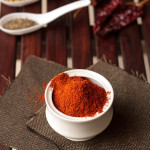 East Indian Bottle Masala Recipe a traditional, safeguarded secret recipe from the East Indian Community. Who are East Indian's they are small catholic community mostly originating from the coastline of Mumbai like Gorai, Vasai, Versova, Bandra, Colaba, Thane and Mazgaon. You must have read about the East Indian company formed in history during British rule. This company was … END_OF_DOCUMENT_TOKEN_TO_BE_REPLACED